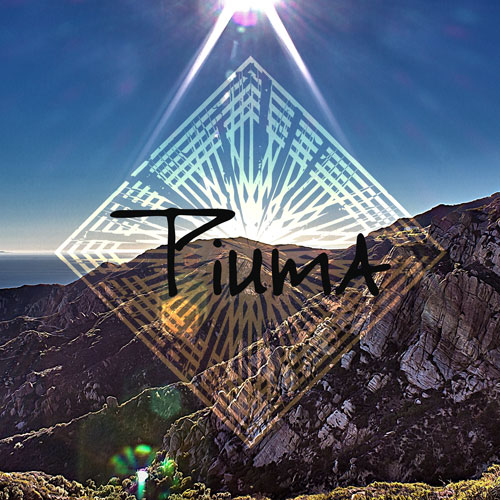 The record release show will be broadcast live in HD from
Kulak’s Woodshed in Studio City, California on
Saturday, November 14, 2015

Piuma's self-titled EP, was recorded using 100% renewable energy and manufactured using recycled and renewable materials wherever possible. All the manufacturers involved, made donations to TreePeople to offset carbon emitted during the manufacturing process; Infrasonic Sound (mastering and lacquer cutting), Dorado Record Packaging (center labels), Stoughton Printing (record jackets and inner sleeves), Record Technology, Inc. (vinyl pressing), and Groovehouse (compact disc) made donations to the local nonprofit organization, TreePeople, each planting a tree in the Angeles National Forest, in the name of the album. Additionally, a portion of the proceeds will be donated by Shining Light Records, to TreePeople, planting additional trees—making Piuma a carbon-positive album—reducing greenhouse gases beyond what was emitted in the production process.

Piuma is a Los Angeles artist (vocals/guitar) inspired by the music of Pink Floyd, Led Zeppelin, and Bob Marley and the Wailers. As a film composer, he wrote music for Surfrider’s documentary trailer, The Twenty, which raised over $80,000 to protect the last twenty miles of undeveloped and unprotected Southern California coastline. Piuma’s EP is a concept album that relates to the environmental cause, in that it is about a seeker searching for truth and meaning in a confusing world—and wanting to make a positive difference. While the album was written, performed, and recorded all by Piuma as a one man studio band, he is working with talented LA musicians to create the record release show with live bass, drums, and keys.

A series of videos and blog articles will be published on Piuma’s website, piumamusic.com, leading up to the release date with each piece going behind the album—into the meaning, recording, and responsible manufacturing process used to create Piuma.